What do basketball legend Steve Kerr, rock star Austin Carlile, and me, a pastry chef and mom from Waialua have in common?

We all have a little known, rare condition called Cerebral Spinal Fluid Leaks. Spontaneous CSF leaks are thought to be caused by a defect in connective tissue, which can cause weakness, holes and tears in the dura, the leather-like covering that surrounds the spinal cord.

The dura serves an important purpose in the body–it holds your cerebral spinal fluid, which is the fluid that creates a buffer between your brain and spinal cord and your body. CSF fluid is clear and colorless and bathes and soothes your brain and spinal cord, transporting nutrients and eliminating waste. It also serves as a shock absorber and helps to protect the brain and spine from trauma. It flows in and out of ventricles in the brain, soothing nerves and the lining of the brain. One way to think of it is as the blood of the nervous system.

It is vital to life.

Twelve years ago, I was working as a pastry chef at a restaurant in New York City. I began having strange neurological symptoms- things like brain fog, migraine headaches, dizziness and fainting when I stood up, pain in my neck and spine. I was experiencing a lot of tachycardia (very fast heart rate) and very low blood pressure. I had pulling sensations down the side of my neck, like an unseen hand was tugging on my tendons and ligaments.

I was constantly nauseated. I would wake up in the morning and my right ear would be damp- I was told it was “wet earwax”.  I was constantly thirsty and was guzzling liters of fluids a day, only to have my kidneys dump the fluids immediately, so I was living in a state of constant dehydration.

I became increasingly intolerant of heat and cold. I was worked up for migraines, TMJ, and was diagnosed with a condition called POTS syndrome. My husband and I actually moved to Hawaii on the advice of my neurologist, who after a couple of years had exhausted all the known treatment options and said my best bet to get my migraines under control would be to move somewhere with more stable weather, since barometric pressure changes were one of the few headache triggers we could define.

In the 9 years that I’ve lived in Hawaii, my symptoms have become progressively worse. I was eventually diagnosed with a genetic connective tissue disorder, Ehlers-Danlos Syndrome, which explained some of my issues, but I was very quickly becoming weaker. The brain fog became so bad that some days I can’t remember my daughter’s birthday, or the year I was married. For several years, I couldn’t finish a book, because I couldn’t follow the plot or remember details.

I have conversations that I don’t remember having an hour later. More troubling, I was spending more and more time having to lie flat in bed because lying down is the only thing that helps the pain and neuro symptoms. My internist ordered a port installed in my chest, and I traveled to Queen’s hospital from the North Shore twice a week for IV hydration. I was in a wheelchair because when I stood up, I would faint. Sometimes I blacked out multiple times a day, and I had several concussions from hitting my head.

I couldn’t stand up straight because I had pain between my shoulder blades that was so intense that I couldn’t hold my shoulders back. After a few years the port was removed and I had a PICC line inserted, and began hydrating from home. My bedroom was turned into a hospital room- the floor covered with boxes of saline and an IV pole and pump lived in the corner. I signed up for Hulu and Netflix and started to research my symptoms extensively on the internet. 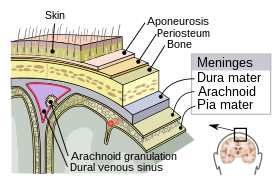 I submitted my medical records to major hospitals on the mainland, and was repeatedly told they had no new ideas for me. My husband rearranged his work schedule to be home more to take care of me, and we either paid for babysitters or enlisted the help of family and our wonderful Ohana to help care for our daughter. For weeks and months at a time I would be lost in a fog of pain. Occasionally the headaches would get bad enough that I would need to be hospitalized, where I was diagnosed with intractable migraines and anxiety. (No one seemed to pick up on the idea that having uncontrollable mystery pain and neurological symptoms can cause anxiety anyway.)

This past winter I was hospitalized in two different hospitals in Honolulu. My neuro symptoms had progressed to the point where I was having vision disturbances, and the right side of my face would go numb and droop periodically. I was unable to form words. I was worked up for stroke symptoms, and the tests all came back negative. I was sent back home, and back to bed. I began seeing a pain therapist, which helped greatly with the anxiety, and tried to resign myself to a new life–a life of occasional outings, of chronic pain, and of parenting from bed. On a very good day I would get two or three hours of upright, out of the house time, but I would have to pay for those good days by catching up on rest for many days following.

One restless night, I came across a lecture online by a pain doctor at Stanford Hospital. It was about Spontaneous Cerebral Spinal Fluid leaks, and the symptoms he was describing lined up with mine completely. I immediately sent him an email, and he invited me out to Stanford for testing and treatment. My husband and I traveled to Palo Alto this past June, and after extensive imaging the doctors there discovered three suspicious places in my dura that were possibly leaking CSF.

They performed a procedure called a targeted blood patch, but warned that my case was severe and that it would probably take more than one try at patching the weak places for me to achieve relief of symptoms. We were in Palo Alto for three weeks and then traveled back home to Oahu. The patches were a partial success- my symptoms were resolved completely for a week or two, and then gradually came back.

A few things, like the tachycardia, low blood pressure, and fluid dumping and thirst have resolved and haven’t come back. The doctor at Stanford has ordered three more sets of blood patches, in the hope that my symptoms will continue to improve, but I’ve had trouble finding a doctor here on Oahu who is willing to take me on for treatment. There is virtually no awareness of Spontaneous Cerebral Spinal Fluid leaks in the medical establishment. Most neurologists will go their whole career without seeing a patient like me.

If you have symptoms of Cerebral Spinal Fluid leaks, or love someone who does, please check out the Spinal CSF Leak Foundation’s web site at spinalcsfleak.org. You can also view Dr. Carroll’s video:

We know there are people in Hawaii with this condition who are suffering and undiagnosed. I was.

By raising awareness, we can improve treatment for patients here on Oahu, so that we can relieve the financial and emotional burdens of having to travel to the mainland for repeated treatments.

Allison Wallis, a Waialua-based pastry chef, has been living with Cerebral Spinal Fluid Leaks for over a decade.

Prepping healthy food with kitchen appliances for the Covid Era

Enough with the rosy rail projections

Prepping healthy food with kitchen appliances for the Covid Era